While I’m still in catchup mode after completing my new book for Rocky Nook, called ‘The Indisensible Guide to Lightroom CC’, I did take some time to do a shoot with local musician and model, Lisanne Jacob. The plan was to shoot cinematic portraits using the Fuji X-Pro1, an ND filter to reduce the light and allow a shallow depth of field. Lighting was to be my 120CM Octa with either an Elinchrom Quadra or a Godox V850 speedlight.

First stop was Silver Strand beach. The wind defeated any hope of using the Octa. Fortunately the sun had just been banked by light cloud and was giving a beautiful soft light for our first shot. 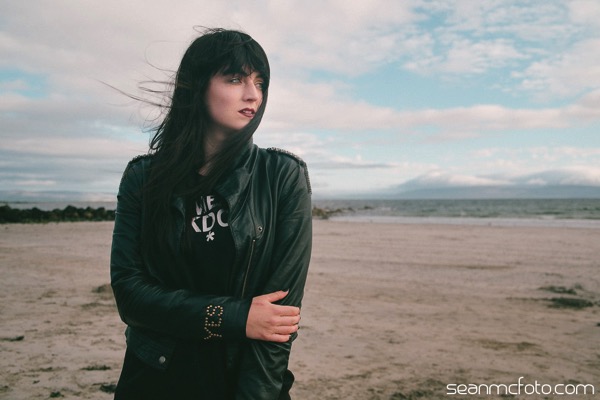 Next we moved up to a hill over the city, where we shot for a short while, getting the next three shots. While we we there, we noticed CCTV cameras on poles, but the place where we were shooting had public access, so we thought nothing of it. That is until a Garda (Police) car pulled up, and a Garda came over to us. As it happens, we were already finished and had been packing up at that point. When asked what we were doing, I replied ‘Taking photos for the fun of it’-which was the truth. It turned out that we were near the Presidents house and the boom arm on my stand looked liked a gun, so they had to come check! We where only there because the background was clean! All was good though. 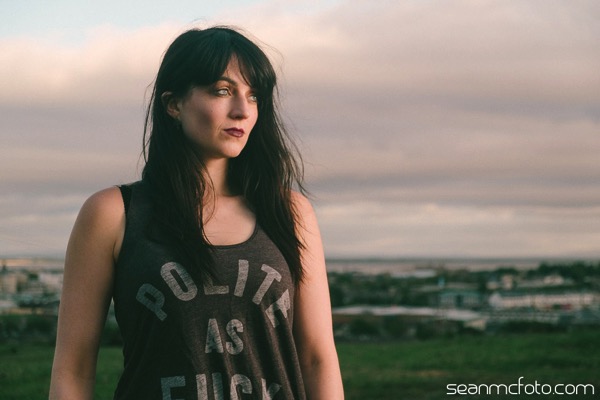 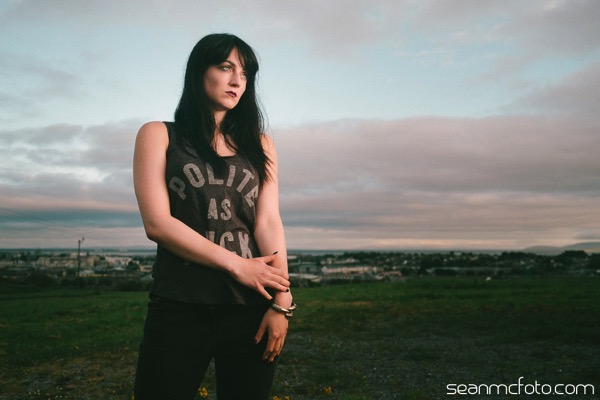 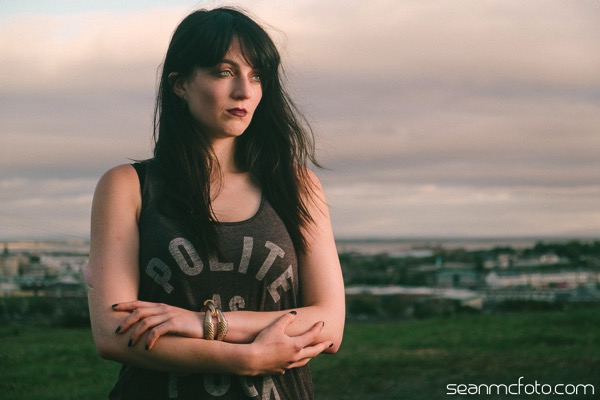 The final location was down by Galway Cathedral, where I placed Lisanne between trees to give a clean spot for the photo. All of the shots were short lit to add drama to the shots. I deliberately choose to underexpose the background for these. For other styles, I could also choose to match my flash level to the natural light and make it look more natural. 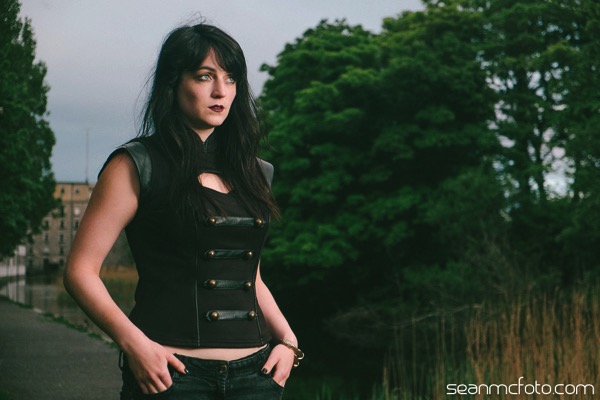 Here’s a behind the scenes shot to show how we were lighting. I didn’t really shoot with this particular top though, I felt the other shots were stronger-plus it proves that I shot facing the other way too! In the end I used the Godox V850 for the shoot as the shaft on the Octa was too large for the Quadra-even though I’ve used it with one before. 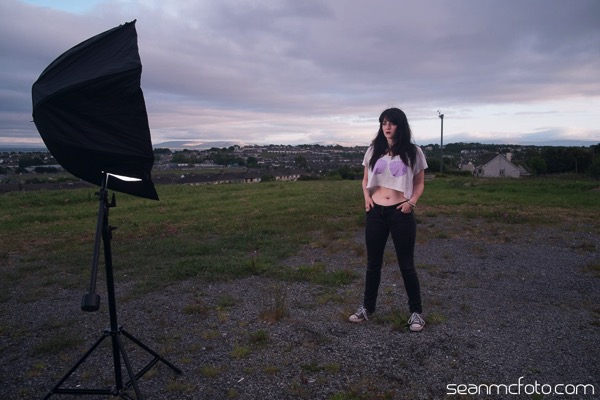